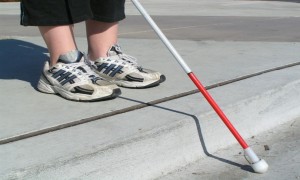 It was a good morning. I was working with my 20 year old niece.  She was maintaining an A + average in her second year of science at the University of Winnipeg.  She is very interested in studying medicine, and wanted to volunteer with me at the medical clinic at the Mission.  It was her first day, and we were seeing patients with basic medical problems.  But these problems were always more interesting given the amazing characters that one meets at a homeless shelter.  The people that make up our homeless population usually have a powerful story to tell.  Stories often full of tragedy, heartache, addiction and mental illness.  Yet, paradoxically, the stories often have an element of joy, strength, perseverance, victory and faith, as these people face challenges that seem insurmountable.  There is a lot to learn from these courageous people. Rachel was seeing the practice of medicine, but in an environment very different from her suburban home, and with an unforgettable host of patients.

Our last patient of the morning was a blind man named Sam. He was in his early twenties and required a guide to help him make his way from the reception area to the examination room.  He was only about 5’2”, had a bright smile and a pleasant disposition.  With his white cane folded on his lap, Sam informed us that he was hoping to be prescribed a drug to help regulate his sleep/wake cycle.  Sam informed us that blind people have a difficult time sleeping due to the lack of light fluctuation, and its effect on human’s diurnal hormonal regulation known as our body clock.  Sam was in no rush, and seemed content when I told him that I had never heard of the drug he was requesting.  I Googled the drug, and confirmed Sam’s understanding.  There was such a drug, and it was available in Canada.  After a few phone calls to local pharmacies, we learned that this was a special order product, not carried in retail outlets due to the lack of demand.  We were not going to be able to help Sam on that day, but he lingered in the examination room, seeming in real need of some help.

After some small talk, Sam revealed some other major concerns. I have found that the patients at the mission often offer up an entrance complaint that does not reflect their real concerns.  After checking out the doc for the day, and developing some trust, they then share their real difficulties.

Sam told us that he was regularly bullied and beaten as a result of his blindness and small stature. He was also hearing impaired, and after a recent mugging on the streets in Winnipeg, he had his hearing aids stolen.  This made his sight impaired world even more difficult to navigate.  He had no money, and no chance of getting his hearing aids back.  He then shared another concern.  He had a painful and swollen big toe, and he could not see what was causing the pain.  He did not want to waste our time with a minor problem like a sore toe, but was really worried about it, as he had to be on his feet all day, to avoid troubles on the street.

Sam’s sock was stuck to his toe, glued down by pus and dried blood. We wet the sock to allow it to be peeled off of his toe.  We cleansed Sam’s foot with saline and gauze.  This foot cleaning ritual is common in the mission, as homeless people’s feet are in harm’s way with poor fitting shoes, damp socks and spending the day walking to keep warm.  The process of washing a homeless person’s feet always reminds me of Jesus, and his washing of the disciple’s feet.  As such, I consider it a privilege.  I try to muster up the love Jesus must have felt for his brothers as he demonstrated humility and the truth that if you want to be great, you must be the servant of all.

Sam’s toe had a serious infection surrounding an ingrown toenail. The toe was cherry red, and looked as though it was going to pop.  He was soon to lose his nail, and I was worried about the integrity of the whole toe.  Sam needed antibiotics and to have part of his toe nail removed to allow the infection to heal.  The mission carries a supply of common antibiotics so we can dispense them to people who have no means of paying for the medications they require.  I decided to put Sam on a week course of antibiotics and then have him back to my clinic for removal of the toenail’s infected edge .  I wanted to use the equipment at my own clinic for this mildly invasive procedure.

It was so sad to hear Sam’s next confession. As we put a dressing on his toe as gently as we could, he said no one had ever treated him with such kindness in his entire life.  Two strangers at a homeless mission medical clinic were showing him kindness that was foreign to him.  I could tell my niece was touched by the whole experience with Sam.  Seeing the incredible trials that were part of his life, but also seeing the joy and hope that still lived in his spirit, was so powerful.  The type of difficulties experienced by Sam helped us realize the many things we take for granted.  Safety, the senses of vision and hearing, love from others, the simple kindness of people in our world.  There are so many gifts we do not consider, so many reasons to be thankful.  One rarely complains about their life after looking after patients in the medical clinic at a homeless shelter.

The mission staff was able to make arrangements for Sam to sleep at the mission, and to come to my clinic later that week. As we were saying our goodbyes, I felt a nudge from the spirit to ask our reception staff if the mission had any contacts with hearing aid providers.  While my niece and I were finishing up our paper work and discussing the day’s cases, one of the ladies out front called a local audiology clinic to see if they could help out Sam in any way.  To our amazement, the clinic owner said he would give Sam two brand new hearing aids.  Sam just needed a bus ticket provided by the mission to get him to the audiologists that very afternoon.  He was blown away by the whole experience.  He hugged us with tears streaming down his face. Sam referred to the events of the day as a miracle. Something amazing had happened to him that day.  It seemed the love of God, expressed through a group of workers at a homeless shelter and a generous audiologist, had touched this man’s soul.

Sam was scheduled to come to my office the following Wednesday for removal of his toenail. I called the mission when he failed to attend.  They informed me that Sam had taken a bus back to his home in Edmonton.  He had expressed his fear of living on the streets in Winnipeg after his last beating.  The trouble was, he had no money for a bus ticket back home.  The audiologists were happy to help Sam get back to his home, and bought him a bus ticket to Edmonton.  We have never seen Sam again.

Reflecting on this experience is quite inspiring. I often wonder if Sam was an angel, sent to allow us to share in a “God moment”.  For my niece to have this experience in her first time working with me in the clinic, and her first time in a mission setting, seemed more than a coincidence.  It was a great privilege to be part of that miracle, and see some good unfold in a supernatural way.  We hope that Sam is able to receive more kindness is his world of darkness.  We hope light will shine on him.