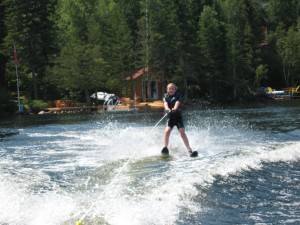 The Bad Five – Five Exercises You Should Really Avoid

People who try and exercise have their heart in the right place and are often intent on improving their health and functional capability. But there are certain exercises that can cause more trouble than they are worth. I will walk through five of my least favourite exercises.

1. The Sit-Up – People perform sit-ups for a variety of reasons. Some want to have prominent abdominal muscles often referred to as the six pack. Some think that they are helping their back by doing sit-ups. In general, sit-ups do not have much evidence that they are helpful for back or hip pain. One of my main concerns with sit-ups has to do with the fact that they enhance muscle imbalances that affect our musculoskeletal systems (see Muscle Imbalance page). Most people have shortened hip flexor muscles because we sit so much. Sit-ups enhance the shortening of the hip flexor musculature. The act of forward lumbar flexion causes loading of the intervertebral discs of our back and some sit-ups cause a great deal of load to the disc if they involve forward flexion. Curls up can be done but these also cause flexion of the neck and the neck is exposed to the same muscle imbalance and disc loads as the lumbar spine. If individuals are trying to get a leaner looking torso, sit-ups will actually have the opposite effect, being associated with enlargement of the abdominal musculature. 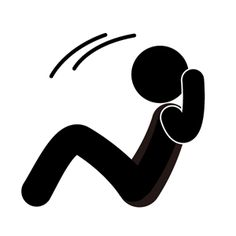 The abdominal muscles are important in providing stability to the lumbar spine. I believe that they are best activated by the process known as “abdominal bracing” where an individual learns how to activate the muscles without leading to significant shortening and without leading to flexion of the neck or trunk. Not holding your breath during the activation of the abdominal muscles further helps to prevent increases in intradiscal pressure. In general, there are few redeeming qualities for the sit-up.

2. Military Press – The military press is done by holding a dumbbell and having the arms in an abducted position going up over the head. The abducted position is frequently referred to as the “apprehension position” as it causes an anterior stress on the shoulder, moving the humerus towards the front of the shoulder socket. We use this test to provoke people who have had a shoulder dislocation. The exercise then goes to a position with the arm overhead, and this is referred to as “Neer’s position” as it causes impingement of the rotator cuff as described by an orthopedic surgeon by the name of Neer. So the military press goes from putting an unstable force on the shoulder to one that causes impingement of the rotator cuff. Given that the rotator cuff is prone to wearing out through degenerative attrition associated with impingement, why would I want to wear it out faster? The military press can be replaced with many other exercises. Check out scaption as a reasonable alternative. The Lat pulldown also gets a dishonourable mention. The lat pulldown is another common exercise that has few redeeming qualities. It puts the shoulder through virtually all the same challenges as the military press does under item No. 2. It is also done seated and the sitting position enhances muscle imbalances through the lumbopelvic region. In our clinic, we had several individuals dislocate their shoulders while performing lat pull downs. After having to reduce these shoulders in the office, we encouraged our physiotherapy partners to remove the lat pulldown machine from their office. Individuals often poke their chin and neck forward when doing a lat pulldown particularly if they pull the bar behind the neck. I think this enhances muscle imbalances and can increase intradiscal pressure in the cervical spine. These are not recommended. 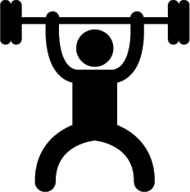 3. The Knee extension. The knee extension is commonly done to strengthen the quadricep muscles. As an open chain exercise, it tends to activate only a few muscles at once, as opposed to multiple muscle groups. The loads through the patella are quite large with this exercise, and if the knee goes past 45 degrees of flexion, it can perturb underlying patellar chondromalacia. The knee extension also places a substantial posterior force on the tibia, and this can be problematic with both ACL and PCL injuries. The action performed in the knee extension is not commonly encountered in daily life, and this limits the functional application of this exercise. If people desire to augment the strength of their quadriceps, the wall squat (one of the Fab Five) is a much better option.

4. Bench Press – The bench press is a common exercise done to increase the strength of the shoulder girdle, particularly the pectoral musculature. It is a useful exercise for people who are football lineman who have to push their opponent out of the way. For the rest of us, the bench press probably has more harm than benefit. The bench press is performed lying down and again this does not lead to any kind of balance or core strength. It tends to activate the anterior musculature more than the posterior musculature and this is a problem that humans face from our seated postures and typing, mousing and driving, etc. The bench press causes pinching of the rotator cuff and exceptional loads over the outer part of the clavicle, and can lead to conditions such as osteolysis of the distal clavicle as well as perturbations of the AC joint. A better exercise than the bench press is the push-up. 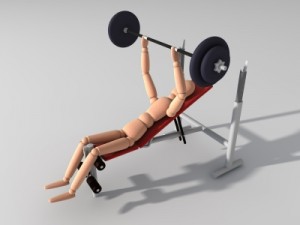 5. Sitting – The last of the bad five exercises is not really an exercise but it is the act of sitting. Sitting is the new smoking and is associated with many negative health consequences. Prolonged sitting has been associated with heart disease, diabetes mellitus, and obesity and is intertwined with many problems in the musculoskeletal system such as neck problems, shoulder problems, back problems and hip problems. Sitting is the mother of all muscle imbalances and is gaining notoriety as an enemy of good health. The move towards sit/stand workstations is a good one and some real keeners even use a treadmill in a standing workstation so they can walk while they work.

Try replacing the bad five in your workout schedule with the fab five, and I hope you will experience the benefits of better exercise selection.